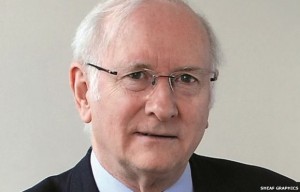 I came into post in November 2014 as a result of a by-election. This was triggered by the publication in August 2014 of Professor Alexis Jay’s Report into child sexual exploitation in Rotherham. It led to the resignation of my predecessor, who had been a Rotherham councillor with cabinet responsibility for children’s services.

It was very obvious that child sexual exploitation would be the urgent priority and that my role in holding South Yorkshire Police to account would be focused, in the first place, on the failings of the past, as documented in various reports.

In February 2015 Louise Casey published her report. This also highlighted a number of failings on the part of South Yorkshire Police in their investigations around child sexual exploitation in Rotherham.

Following this, a BBC investigation was aired in March 2015 which alleged further failings, this time in Sheffield. Public confidence was badly shaken.

This all contributed to my decision in March to commission an independent review that would look at how the Force had handled the reports and to ensure that everything that could be reasonably known about the past was known. The Chief Constable fully supported this decision.

Since March, we have been reviewing the work that is already taking place to ensure that the independent review does not overlap unnecessarily with other ongoing investigations and inspections by the National Crime Agency, the Independent Police Complaints Commission and Her Majesty’s Inspectorate of Constabulary.

I have commissioned Professor John Drew to conduct a fast, but thorough review and to provide a report which satisfies me that South Yorkshire Police has genuinely acknowledged and fully addressed non-recent, as well as present day, occurrences of child sexual exploitation. I need to be reassured that robust plans are in place so that nothing like this can ever happen again.

It is extremely important that we restore public confidence in South Yorkshire Police. The Force has many hard-working and dedicated officers and members of staff who are tirelessly working for an end to the sexual exploitation of young people. I need to know, on behalf of the public, that these officers and staff are being properly supported to carry out their duties to the very best of their ability.

Over the last couple of months I have been working closely with the Office of the Police and Crime Commissioner to look at the scope of the review and prepare the ground ahead of the start of the review today.

I will be looking closely at the practices of South Yorkshire Police to ensure that what happened in Rotherham did not happen across the other three districts and that the lessons learned from the Jay and Casey reports have been acted upon and implemented.

I am keen to hear from anyone who has any information that will assist my review either by email or in person and would encourage people to get in touch through the website.

> Back to home page