Professor John Drew is a former Chief Executive of the Youth Justice Board for England and Wales (2009-2013).

Before that he was Director of Social Services and Housing in the London Borough of Redbridge. He trained as a social worker at Sheffield University (1978) and worked in children’s social work from 1974. Between 1990 and 1992 he was County Inspector of Social Services for Essex. Professor Drew was appointed CBE for services to youth justice in 2013.

Since leaving the Youth Justice Board in 2013, he has taken on a number of non-executive and part-time roles. He is a Visiting Professor at the University of Bedfordshire; chairs the Medway Safeguarding Children’s Board; co-chairs the North East London Children’s Resettlement Consortia; is a Board member of East Thames Housing Association; and works with the Prison Reform Trust as a Senior Associate. He is a trustee of the Social Research Unit at Dartington and the Criminal Justice Alliance.

Professor Drew provides national and international consultancy on a wide range of social welfare issues. Recent clients include the government of the Republic of Turkey, as well as the Shaw Trust in the UK. He was an advisor to the Parliamentarian’s Inquiry into the Youth Court (Carlile Inquiry) and is currently Secretary to the Laming Inquiry into children in care and the criminal justice system. 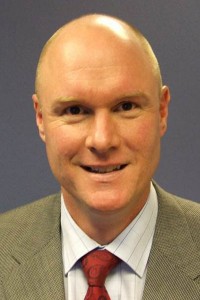 Peter joined the Metropolitan Police in 1985 after graduating from the University of Warwick. His early career was spent in South East London in uniform and CID. In 1998 he was seconded to the Regional Crime Squad and was promoted to Detective Superintendent in 2000, whilst on the National Crime Squad, where he took on the national lead for combating child abuse on the internet.

In 2002 he returned to the Metropolitan Police to lead on pro-activity and major investigations for the Child Protection Command. After promotion in 2004 to Detective Chief Superintendent, he took the lead for all child abuse investigations in London. Having completed the 2006 Strategic Command Course, he spent a year overseeing the Metropolitan Police Counter Corruption Command and was promoted to Commander in 2008.

He has had three postings as Commander at New Scotland Yard; Covert Policing, Director of Professional Standards and Head of Specialist Crime Investigations.

In April 2013 Peter transferred to Her Majesty’s Inspectorate of Constabulary as Assistant Inspector of Constabulary where he assisted in monitoring the efficiency and effectiveness of our police service and led on integrity issues. After completion of his secondment, Peter returned to the Metropolitan Police in January 2015 and completed his 30 years of service leading on specialist crime investigations including murder, rape and child abuse.

Peter now works as a senior advisor on safeguarding and security matters. 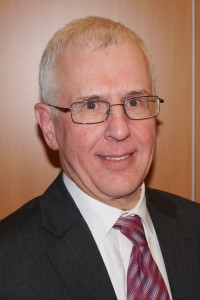 Andrew is the Chair of the South Yorkshire Police and Crime Commissioner’s Independent Ethics Panel. He has been a resident of South Yorkshire for 18 years and a solicitor for over 30 years, latterly as Head of Public Law at the Sheffield-based national law firm, Irwin Mitchell. He retired from Irwin Mitchell in 2013.

He now also sits on the Board of the Legal Aid Agency, the government body which administers legal aid throughout England and Wales, where he is also a member of its Audit and Risk Committee. The Agency is responsible for £1.6bn of public money each year.

Among his other roles, Andrew has been a part-time tribunal judge for 18 years, where he has been particularly involved in adjudicating disputes between families and local authorities about children with special educational needs.

Professional ethics have been a particular area of interest for many years. As well as having drafted codes of ethics for professions, he is on the panel of legal assessors for the General Medical Council and (formerly) for teachers’ regulators.

In the 1980s Andrew was the lead Law Society official on major changes affecting the police, including the content of the Police and Criminal Evidence Act, and its codes, the setting up of the Crown Prosecution Service and the move towards independent investigation of complaints against the police. He was also one of the architects of the national duty solicitor scheme for police stations. More recently, as Irwin Mitchell’s lead partner on civil liberties cases, he oversaw cases in which members of the public brought claims against the police.

> Back to home page